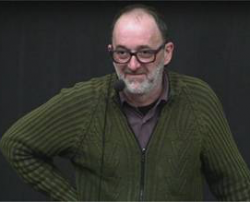 Matteo Marsili is a theoretical physicist who gained his PhD from SISSA, Trieste in 1994. After postdoctoral positions in Manchester University, Fribourg University and SISSA, he first joined INFM as a researcher and later the Abdus Salam ICTP, a research center in theoretical physics in Trieste, as a Research Scientist. There, he’s currently the coordinator of the Quantitative Life Sciences Section. He is interested in understanding how collective behaviour results from the interaction of simple units, be them particles in physics, neurons in a brain tissue or traders in financial markets. He exploits techniques that have been developed in statistical physics to unveil the “un-intended consequences” of interdependencies in other domains of life sciences. His research interests range from non-equilibrium statistical physics and critical phenomena to economics and finance. Lately, his interest has focused on statistical inference from high dimensional data, in e.g. systems biology and neuroscience, and it’s connection with critical phenomena.